Lab-created heart valves can grow with the recipient

A groundbreaking new study led by University of Minnesota Twin Cities researchers from both the College of Science and Engineering and the Medical School shows for the first time that lab-created heart valves implanted in young lambs for a year were capable of growth within the recipient. The valves also showed reduced calcification and improved blood flow function compared to animal-derived valves currently used when tested in the same growing lamb model.

If confirmed in humans, these new heart valves could prevent the need for repeated valve replacement surgeries in thousands of children born each year with congenital heart defects. The valves can also be stored for at least six months, which means they could provide surgeons with an “off the shelf” option for treatment.

The study was published today in Science Translational Medicine, an interdisciplinary medical journal by the American Association for the Advancement of Science (AAAS). The valve-making procedure has also been patented and licensed to the University of Minnesota startup company Vascudyne, Inc. (Stillwater, Minn.).

“This is a huge step forward in pediatric heart research,” said Robert Tranquillo, the senior researcher on the study and a University of Minnesota professor in the Departments of Biomedical Engineering and the Department of Chemical Engineering and Materials Science. “This is the first demonstration that a valve implanted into a large animal model, in our case a lamb, can grow with the animal into adulthood. We have a way to go yet, but this puts us much farther down the path to future clinical trials in children. We are excited and optimistic about the possibility of this actually becoming a reality in years to come.”

Currently, researchers have not been able to develop a heart valve that can grow and maintain function for pediatric patients. The only accepted options for these children with heart defects are valves made from chemically treated animal tissues that often become dysfunctional due to calcification and require replacement because they don’t grow with the child. These children will often need to endure up to five (or more) open heart surgeries until a mechanical valve is implanted in adulthood. This requires them to take blood thinners the rest of their lives.

In this study, Tranquillo and his colleagues used a hybrid of tissue engineering and regenerative medicine to create the growing heart valves. Over an eight-week period, they used a specialized tissue engineering technique they previously developed to generate vessel-like tubes in the lab from a post-natal donor’s skin cells. To develop the tubes, researchers combined the donor sheep skin cells in a gelatin-like material, called fibrin, in the form of a tube and then provided nutrients necessary for cell growth using a bioreactor.

The researchers then used special detergents to wash away all the sheep cells from the tissue-like tubes, leaving behind a cell-free collagenous matrix that does not cause immune reaction when implanted. This means the tubes can be stored and implanted without requiring customized growth using the recipient’s cells.

The next step was to precisely sew three of these tubes (about 16 mm in diameter) together into a closed ring. The researchers then trimmed them slightly to create leaflets to replicate a structure similar to a heart valve about 19 mm in diameter. 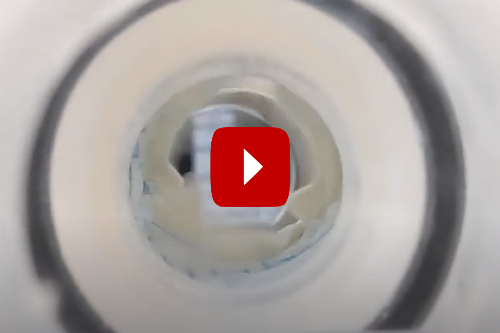 This second generation of tri-tube valves were implanted into the pulmonary artery of three lambs. After 52 weeks, the valve regenerated as its matrix became populated by cells from the recipient lamb, and the diameter increased from 19 mm to a physiologically normal valve about 25 mm. The researchers also saw a 17 to 34 percent increase in the length of the valve leaflets as measured from ultrasound images. In addition, researchers showed that the tri-tube valves worked better than current animal-derived valves with almost none of the calcification or blood clotting that the other valves showed after being implanted in lambs of the same age.

“We knew from previous studies that the engineered tubes have the capacity to regenerate and grow in a growing lamb model, but the biggest challenge was how to maintain leaflet function in a growing valved conduit that goes through 40 million cycles in a year,” said Zeeshan Syedain, the lead researcher on the study and a University of Minnesota senior research associate in Tranquillo’s lab. “When we saw how well the valves functioned for an entire year from young lamb to adult sheep, it was very exciting.” 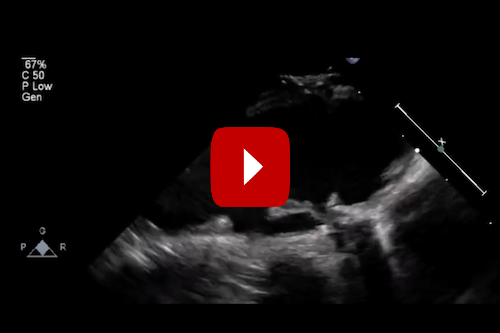 Tranquillo said the next steps are to implant the tri-tube valve directly into the right ventricle of the heart to emulate the most common surgical repair and then start the process of requesting approval from the U.S. Food and Drug Administration (FDA) for human clinical trials over the next few years.

“If we can get these valves approved someday for children, it would have such a big impact on the children who suffer from heart defects and their families who have to deal with the immense stress of multiple surgeries,” Tranquillo said. “We could potentially reduce the number of surgeries these children would have to endure from five to one. That’s the dream.”

The research was funded by the National Institutes of Health (R01 HL107572).

Five faculty members receive a prestigious award for their work in the scientific discipline.

Colored nectars are rare in nature. The colors lure in pollinators, and new patented research could attract industry partners in search of natural colorant options.

A new study will create evidence-based care to protect the health and well-being of LGBTQ+ residents.

Skater on fast track to stardom in sports and science

Biomedical engineering senior Ilsa Shobe trains for the Olympics and a career in medicine.

Through a School of Public Health partnership with St. Paul Public Schools, ninth grade students are exposed to data science via an interactive (and dare-we-say-fun) curriculum.

American Indian communities collaborate with U of M researchers to reduce commercial tobacco use.