As a lifelong hunter and an environmental health graduate student concentrating in infectious diseases, Cory Anderson harbors a passion both personal and professional when it comes to chronic wasting disease, or CWD.

As a lifelong hunter and an environmental health graduate student concentrating in infectious diseases, Cory Anderson harbors a passion both personal and professional when it comes to chronic wasting disease, or CWD.

Its presence in cervids—members of the deer family—in Minnesota, Wisconsin, and about two dozen other states occupies him day and night.

“Everyone hunts,” says Anderson of his hometown of Elroy, Wisconsin. “The county right below mine is a hotspot for CWD. It was found in the early 2000s.”

So far, CWD has not been observed to jump from a cervid to a person. But because the potential is there, and CWD remains incurable and spreads easily, Anderson has devoted himself to keeping the disease at bay and out of the human population.

A PhD student of Regents Professor Michael Osterholm—School of Public Health faculty member and director of the U of M Center for Infectious Disease Research and Policy (CIDRAP)—Anderson was studying CWD in early 2020 when he was thrust into the COVID-19 information blizzard, sorting the good from the questionable to help his famous adviser chart the pandemic’s course. And that work continues.

“I never would have envisioned I’d work for Mike during his probably biggest public health challenge,” Anderson muses. “It’s been a front row seat.”

With CWD as with COVID-19, Anderson plays a role central to One Health efforts: ensuring that people involved in diverse aspects of a health issue have a common, reliable data set. Only this time, the ambiguity of CWD’s potential effects on humans adds a new dimension.

Seeds of a career

As an undergrad at Luther College in Decorah, Iowa (also Osterholm’s alma mater), Anderson discovered epidemiology through a class assignment on the West African Ebola outbreak.

“For the first time, I was fascinated by [coursework] … I was reading more than I had to,” Anderson recalls.

Some of that reading involved CIDRAP articles, and in 2016 Anderson became a U of M graduate student. In January 2019 he began his CWD work through CIDRAP.

Anderson earned an MPH degree for work curating all the available studies assessing the CWD species barrier between cervids and humans. On that question, even the Centers for Disease Control (CDC) website offered no certainty.

Then, and now, he places the best CWD information available on the CIDRAP website to get it out to the public. Information posted on the website is shared and vetted with a 60-member advisory group of experts from North America and Europe. He also works with the Minnesota Center for Prion Research and Outreach, whose directors—College of Veterinary Medicine faculty Tiffany Wolf and Peter Larsen—are members of CIDRAP's CWD Expert Advisory Group. Together, the two groups spread the latest information on the disease.

“The CWD webinars that we've hosted have each had hundreds of live attendees from multiple countries and across North America,” Anderson notes.

Taking ambiguity by the horns

Whether in the hunting community or with agencies that manage the disease, Anderson says it can sometimes be challenging to get people to talk about the possibility of transmission to humans. But he and Osterholm want people to make informed choices.

“That was the inspiration for diving into the CDC recommendations,” Anderson explains. Also, “People who had pushed back saw it as being against hunting. [But] the worst thing for hunting is to pretend that CWD and its potential to transmit to other species like humans isn't a possibility, only to find out the hard way."

Anderson says that expanded access to convenient, accurate, and timely CWD testing is critical. He also addresses another important issue in his PhD research: the safe disposal of cervid carcasses.

He emphasizes to hunters, taxidermists, and meat processors that carcasses must be safely disposed of, and landfills are one of the best options. But some landfill owners may reject cervid carcasses, and some wastewater facilities reject water leached from landfills that take cervids.

What drives him? “I don’t want to see sick animals,” he says. “And as long as you keep exposing people, you keep rolling the dice.

To clear this hurdle, Anderson works with officials from wildlife and environmental agencies, agencies overseeing captive cervids, and operators of landfills and wastewater treatment plants to reconcile the various policies and practices so that safe disposal of cervid carcasses can become the norm.

"If CWD did transmit [to humans], they’d stop hunting. [But many people don’t realize that] hunting licenses support conservation activities for bees, songbirds, and other species.”

Anderson tells how the U.S. Geological Survey once mapped out the zip codes of nonresident hunters who had bagged a deer in one of four southwestern Wisconsin counties, where in some areas the prevalence of CWD is among the highest in the country.

"They found that hunters from 49 states had made the trip and harvested a deer," he says. "What these hunters did with the potentially infectious carcasses remains largely unknown."

With this kind of potential for CWD to spread, Anderson’s work comes none too soon. 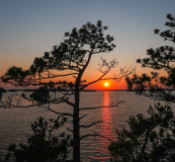 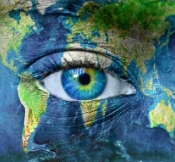 More stories in Agriculture and Environment

Most policy, research and clinical efforts to reduce maternal mortality focus on clinical risk factors and the quality of hospital-based care for pregnant people, but a new study examines maternal safety outside the clinical setting — in homes and communities.