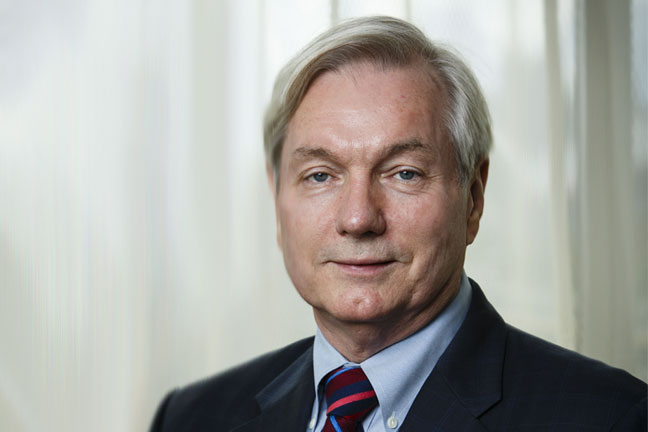 Michael T. Osterholm, Ph.D., is a Regents Professor and McKnight Presidential Endowed Chair in Public Health and director of the Center for Infectious Disease Research and Policy at the University of Minnesota (CIDRAP).

From June 2018 through May 2019, Osterholm served as a Science Envoy for Health Security on behalf of the U.S. Department of State.

Osterholm is the author of the 2017 book Deadliest Enemy: Our War Against Killer Germs, in which he not only details the most pressing infectious disease threats of our day but lays out a nine-point strategy on how to address them, with preventing a global flu pandemic at the top of the list.

From 2001 through early 2005, Osterholm, in addition to his role at CIDRAP, served as a Special Advisor to then–HHS Secretary Tommy G. Thompson on issues related to bioterrorism and public health preparedness.

Previously, Osterholm served for 24 years in various roles at the Minnesota Department of Health, the last 15 as state epidemiologist and chief of the Acute Disease Epidemiology Section.

Toolkit defines antimicrobial resistance, explains how it happens and provides steps that anyone can take to stop its spread.

In new report, CIDRAP at the University of Minnesota addresses the shortages of critical medications during COVID-19