As a puppy, Rudy preferred a secluded place to hide from his romping litter mates. When Jill and Chris Carter saw Rudy in the adoption shelter, their hearts went out to him.

“His brothers and sisters would not allow him to hide,” Jill remembers. “Chris noticed that he was being drug out from his hiding place by his tail and being forced to join the puppy fun fest.”

The Rochester, MN, couple adopted Rudy and his sister, Holly. Two weeks later when the Carters picked them up, the differences were striking. Rudy weighed 5 pounds while Holly had grown to 11 pounds. And Rudy appeared bloated.

Their veterinarian recommended deworming, which didn’t help. “Holly was growing like a weed, but Rudy was rounder and not really growing,” says Jill.

A trip to the emergency room confirmed a significant amount of abdominal fluid. Liver problems were the suspected cause. An abdominal CT eliminated that theory. But at the edge of the scan the radiologist spotted abnormalities with Rudy’s inferior vena cava—the vessel that returns blood from the lower and middle parts of the body to the right atrium of the heart. A chest CT revealed a membrane separating Rudy’s right atrium into two chambers. The malfunctioning atrium had caused the incoming inferior vena cava to balloon out as blood pooled.

Called cor triatriatum dexter, or CTD, the condition occurs when an embryonic structure persists after birth to form the membrane. The rare abnormality is well-documented in humans and other animals, and patients often have other heart defects.

“The vet told us we were in luck because there was a cardiologist at the University of Minnesota who specializes in CTD cases,” says Jill. An appointment was made with Chris Stauthammer, Department of Veterinary Clinical Sciences, and a treatment plan was developed.

“Our typical method is to use a catheter to insert a device into the atrium to either stretch the membrane or perforate it to increase blood flow,” Stauthammer says.

Surgery day came and the Carters were on edge. After seven hours, surgery was halted because the “usual” intervention wasn’t working. Rudy’s blood pressure was dropping.

“We were heartbroken,” Jill says. “We brought Rudy home and thought he would just have a month left in his short little life.” A couple of days later, Stauthammer called to say he wanted to give Rudy another chance.

Stauthammer had found a Colorado-based company that was willing to donate a transseptal needle to the College of Veterinary Medicine. The device uses radiofrequency energy to pierce thick membranes in a safe and controlled manner without using force to push through the tissue. Rudy had few remaining options, and Stauthammer’s review of human cases in the medical literature found a positive record of success.

It would be the first documented use of the device and procedure in a veterinary patient.

Rudy’s “second chance” surgery went smoothly, and soon he began to thrive. “We had a healthy little puppy that could finally keep up with his sister and play,” says Jill.

“We will be forever grateful to the University for not giving up on Rudy,” she says. “They went above and beyond expectations to make sure we will have two dogs to cuddle with.” 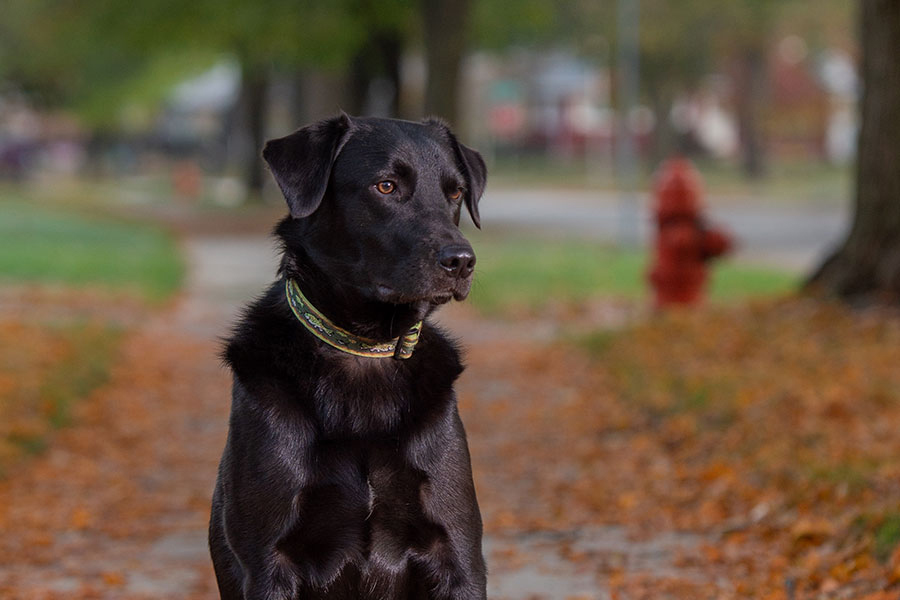 This story was adapted from the original.

Hongbo Pang from the College of Pharmacy found a better drug delivery system to treat prostate cancer and bone growths.

Talking with U of M

Talking community-led climate justice with the U of M

Dr. Surapaneni shares how people can get involved in community-led climate justice today to reduce the impact of climate change on human health.

Three law students are coordinating civic education and engagement efforts through a unique collaboration with the Minneapolis-based Legal Rights Center.

U of M alumna Kelly Holden used her expertise to help a patient overcome numerous hurdles in her COVID-19 recovery.

Gurtaran Johal credits her parents with instilling her drive for women’s rights.

As executive director of Women Moving Millions, a U of M alum is bridging the gap between funders and organizers in the fight for women’s rights.