Only 190 meteor impact sites have been confirmed worldwide, but a recent discovery by U of M researchers could soon add an ancient crater in Minnesota to that list.

“I’ve been mapping and studying the subsurface geology of Minnesota for the last 13 years … and have not come across something as exceptional as this before,” says crater co-discoverer Julia Steenberg.

She is part of a team of scientists at the Minnesota Geological Survey (MGS)—a unit of the College of Science and Engineering’s School of Earth and Environmental Sciences—who found the crater while updating a geologic map of Dakota County, which borders Minneapolis and St. Paul to the south.

The crater lies an average of 350 feet beneath Inver Grove Heights, a suburb on the Mississippi River, and appears to be at least 4 kilometers—2.5 miles—across. That means it should have an area 11 times the size of Meteor Crater, the iconic surface crater in Arizona, which measures 0.74 miles across. 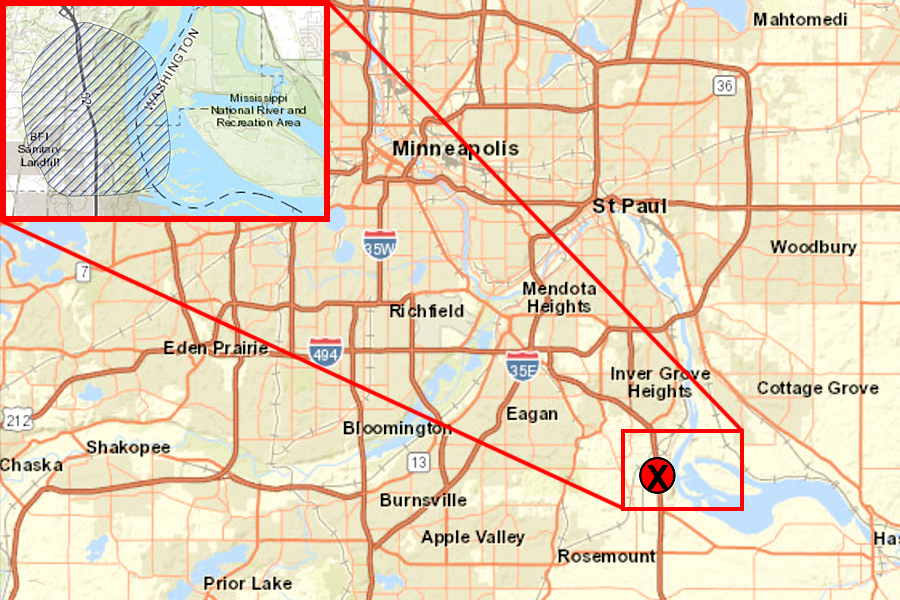 Map of the Twin Cities impact site. Inset: Closeup of site on the Mississippi River.

The Minnesota meteor must have been massive.

“The diameter of the meteor that hit can only be calculated based on assumptions of what we know about other craters on Earth that have been studied,” Steenberg says. “From those calculations we estimate projectile sizes between about 150 and 600 meters, based on crater diameter estimates from 4 to 8 kilometers and [surface] rock densities of about [1.65 tons] per cubic meter.”

The team hopes that with further work, the site will join the 190 already in the official Earth Impact Database.

Shocked rock and other clues

Some of the strongest evidence for the crater’s origin comes from “shocked quartz,” a mineral with defects in its microscopic crystal structure. The defects are caused by severe shock waves, and their presence in sand grains is characteristic of meteor craters.

Evidence also indicates the strike happened about 490 million years ago, Steenberg says. This would place it near the end of the Cambrian period, the first geological period in the Paleozoic era. Late Cambrian life consisted mostly of simple oceanic organisms, and a map of the world’s land masses at that time would be unrecognizable today. 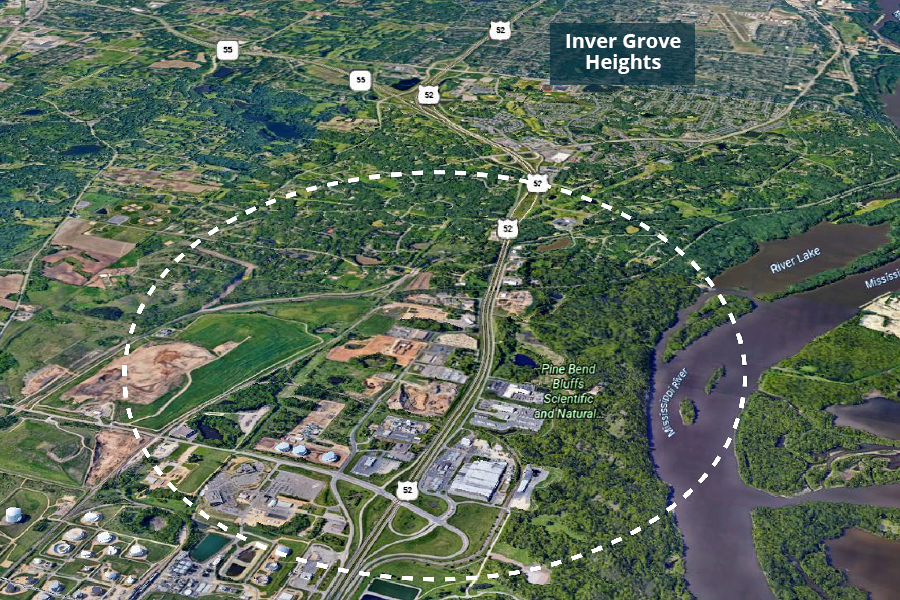 A big clue to the timing was overturned, jumbled rock in the uppermost—that is, youngest—layer of rock in the crater. Called the Jordan Sandstone, it formed as the Cambrian period was drawing to a close. But overlying younger rock and glacial deposits showed no sign of such a disturbance.

Read more about this discovery from the College of Science and Engineering.